(144 in 144)
Late in the year 1144, Joscelin II allied with the Ortoqids and marched out of Edessa with almost his entire army to support the Ortoqid army against Aleppo.

The trebuchet is in 1/144th scale, the throwing arm could be up to 50ft in length, this one is 48ft this approximates to the length of a Hunter. When the arm is vertical it is as high as a five storey building. They were built on site and often in large numbers. They could throw a 1/2 ton rock up to 300yds. The model was made using BBQ matches and twiddle sticks.
I think it is an interesting fact that they were not built from drawn plans, parchment was to expensive for that, a small scale model was built then they were replicated from that.
Cabulus is based on Philip Augustus's great castle smashing trebuchet of the 14th century (I cheated not 1144).
I built a similar one that was slightly larger probably about 1/120th, that one had a fabric sling so it was able to function as a trebuchet, I took it to the Brampton club and loaded it with a marble, it would throw it the length of the room, i had never seen the members move so quickly. 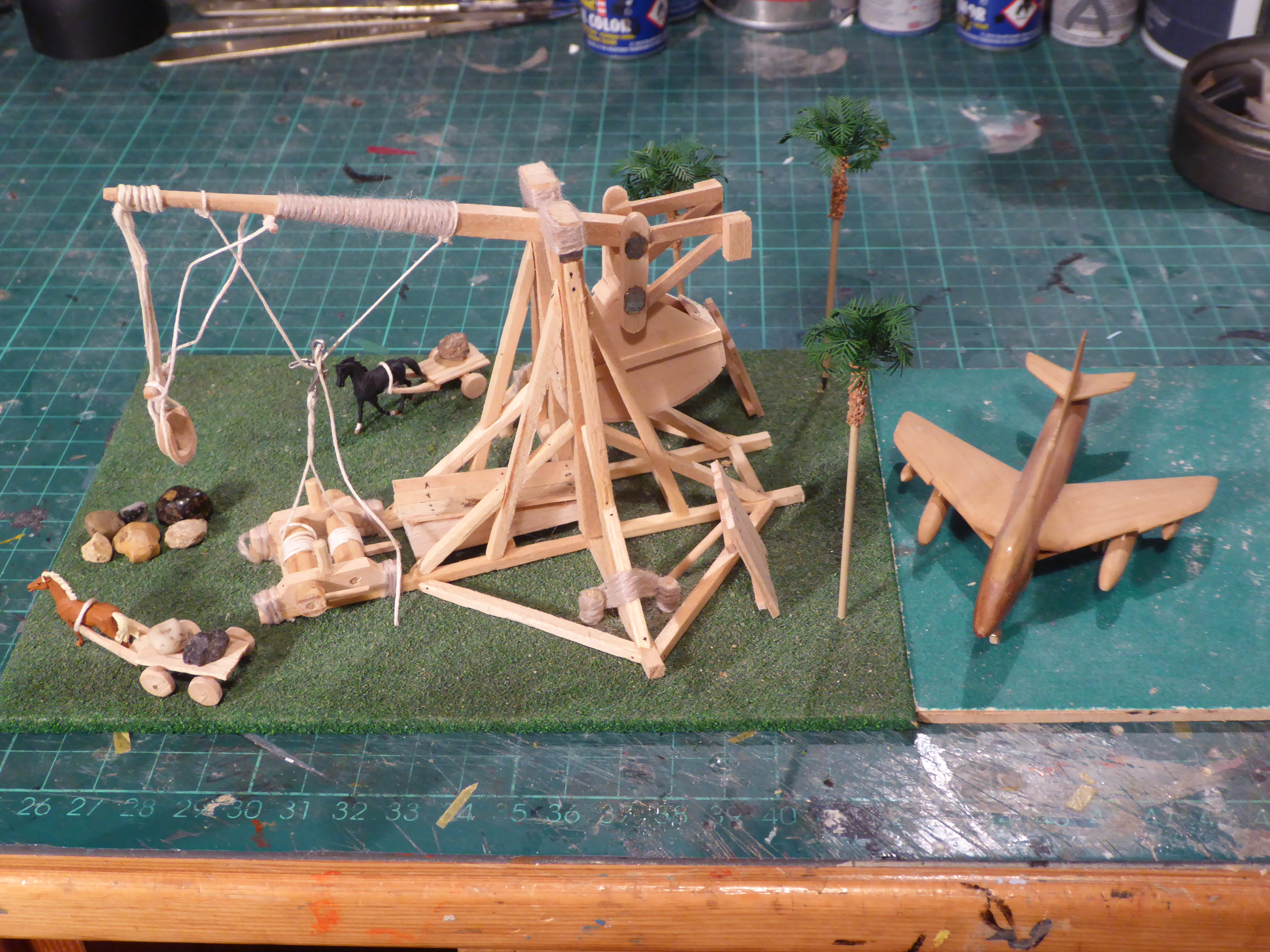 I have heard many tales of this legendary trebuchet. Awesome to see it finally. 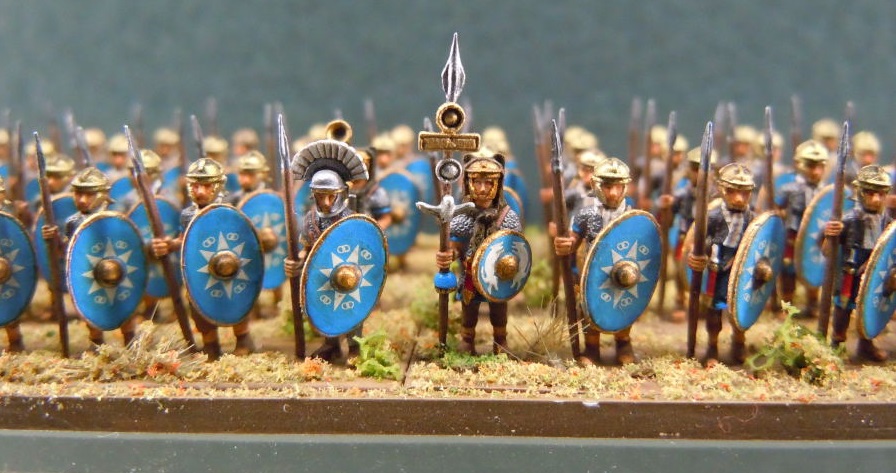 Your army is fantastic, it must have taken forever to paint them all and such gorgeous paint work. Actually I have made an onager, the much smaller artillery piece but it's not in 144th. An assault tower was also mentioned, well when my son was about 5 yrs old I built him a castle. I should have left it at that but in later years I thought it didn't look very realistic so I raised all the walls, made a battering ram and a section of wall that could be collapsed with the ram. I made a scaling tower, I also made doors and rooms in all the towers and the keep has a brazier for boiling the oil. Very recently I was going to bring the dungeons up to date but I didn't have any stone effect paper to complete them with. It has been said that I have never grown up, could be some truth in that. However It was for when we had grand children.
Ps I made another trebuchet (about 10% )larger with a fabric sling and that would throw a ball bearing about 20 yards, you should have seen them duck and dive at the model club when I demonstrated it.
Top

TerryP wrote: ↑Sun Nov 01, 2020 5:47 pm Your army is fantastic, it must have taken forever to paint them all and such gorgeous paint work.

But it is that of the manufacturer Mr VanDick whose link on his site is in my previous post.
Alas, a thousand times alas ....