Not only did we survive but we came home with the trophy ! Please post as many pictures as possible - watch this space as they say! 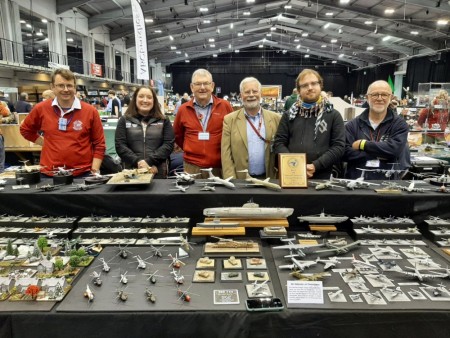 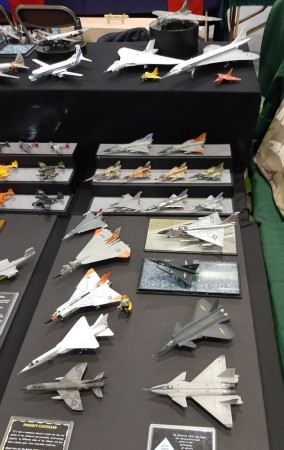 <
The 'Deltas' section - albeit some with tenuous connection to the shape.... 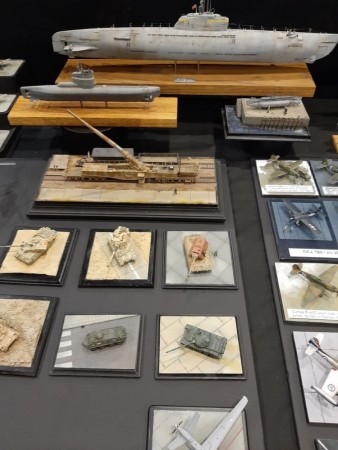 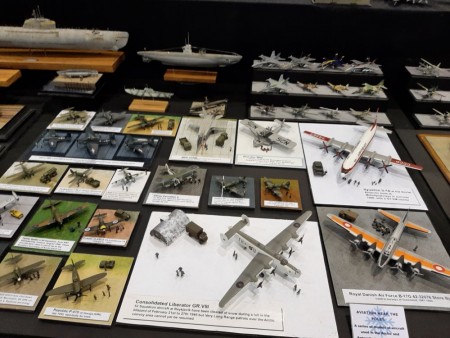 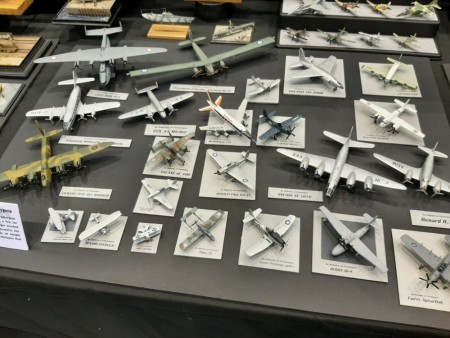 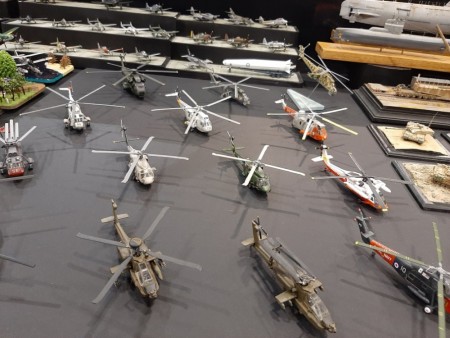 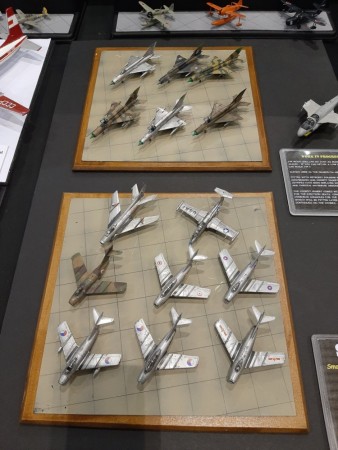 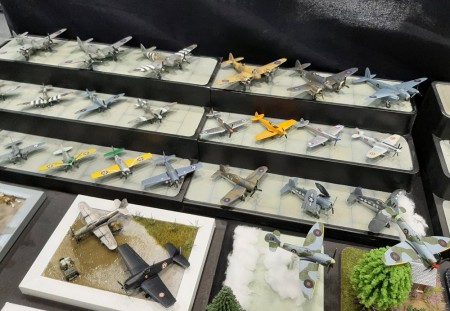 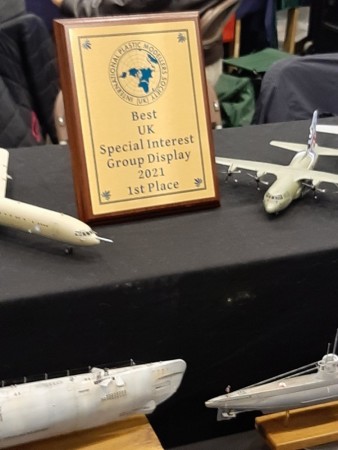 Oh my goodness. No wonder the display received first place! What a fantastic collection, and the most mouth watering assortment of types. Congratulations to all! I really am living in the wrong country.
Top

An excellent weekend away. Not to the same scale as prior events but certainly felt busy and there was some great interest in the table and the scale as a whole.

Without Martin at Coast Craft models there was not a big selection of 144th on sale, but Wonderland models located opposite had obviously raided an old stock box as a mysterious array of kits appeared on a stand facing directly towards our table, including old Arii and Revell boxings, plus some Gashapons and Miniwing resin kits (which to the delight of some, were priced down to £10 by Sunday!). But the real finds were in an assorted box of 'aircraft parts' around the corner, which yielded a Triple Nuts Cessna T-37B and a Kami de Koro T-38 for only very small sum.

A German table presented some lovely finds too.

Will Jayne from the newcomers Beacon Models had a small presentation at the Battle of Britain SIG table for their upcoming 144th collection, although no models on display yet, but it was good to hear lots of people talking about this range, it seems to have gained interest of those outside our niche. He also made several posts about the SIG on social media over the weekend, which is great to see.
Top