by Stick & Strings Joe
This aircraft is from Jasta 7 Pfalz D. IIIa flown by Ltn. Karl Degelow, an interesting character. He was actually working in the USA and returned to Germany when rumors of war broke out. He joined the Infantry as a private, was awarded the Iron Cross 1st and 2nd class mainly fighting on the Russian front. He was promoted through the ranks and after being seriously wounded in the arm was promoted to Ltn in 1916.
He applied for a transfer to the German Air Service. Having completed his pilot training he initially flew two seaters including shooting down French Caudron -G. IV. He transfered to fighters and having completed training he was initially posted to Jasta 36 but after an accident (not flying) was transferred to Jasta 7. This is where he first added a leaping stag to his aircraft. He continued this with his later fighters and can be seen on his Fokker D. VII
While at Jasta 7 he achieved 4 victories before being transferred to Jasta 40 where he took command. He went on to achieve a total of 30 victories and was awarded the Orden Pour le Merite (the Blue Max).
After the war he fought against the communists in the post war revolution in Germany. He survived WW2 as a major in the Luftwaffe and he eventually died in November 1970.
I hope you like the photos.
Cheers
Joe M

by MikeV
second that - riggings one of those things I've never really cracked - in any scale let alone ours! Lovely job sir !!

by F_IV
That looks excellent, well done! I'm excited to see what else Valom comes up with in their WW1 range. It keeps getting better and better.

by TerryP
A lovely model Joe and what a life story the pilot had, I wonder if there is a book out on it.

Hi Terry, there is an excellent book on Degelow called Black Fokker Leader by Peter Kilduff. I can definitely recommend it. It's very well written and nicely illustrated, with some great colour profiles too. 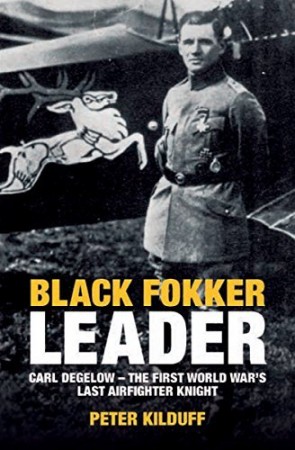